The Hot Ale Flip is a beer cocktail that was created in the late 1600s, making it one of the first known mixed drinks. This version by author Jassy Davis and published in her book Winter Warmers: 60 Cosy Cocktails for Autumn & Winter uses the classic’s template of ale, rum, brown sugar syrup, and egg, but it adds a hint of sweet citrus juice and grated nutmeg for more fall flavor and complexity.

Brown Ale: This is one of the base spirits. It’s an English beer that has a dark amber color. We used Breckenridge Brewery Autumn Ale because it has a full-bodied malt flavor with notes of nut. For a mocktail version of this drink, try Celestial Sin Non-Alcoholic Brown Ale in place of the ale.

Dark Rum: This is the other base spirit. It’s a type of rum made with sugarcane and spices that has been barrel aged for a long period of time. We used Smith & Cross Traditional Jamaican Rum because it has an earthy finish with notes of caramelized banana, exotic fruits, and baking spices. For a mocktail version of this drink, try Caleño Dark & Spicy Tropical Non-Alcoholic Spirit in place of the rum.

Demerara Syrup: This is a sweetener made with Demerara sugar and water. We made ours at home using Alex’s stovetop recipe.

Whole Egg: This adds more thickness and body. When a recipe calls for whole egg, it means the egg white and yolk. Most cocktail recipes only call for egg white, and that’s what makes flips unique.

Lemon Juice: This adds sweet and sour citrus flavors for balance. We prefer to use fresh citrus juice because it’s less bitter than the bottled stuff and tastes better.

Grated Nutmeg: This is the garnish. It adds nutmeg aroma and flavor.

The Hot Ale Flip teases a nutmeg aroma and begins with a thick, malty flavor distinctly comprised of sugar-sweetened ale with a tinge of funk from the rum before finishing with a caramel-like and spirituous aftertaste with the warm beer’s unmistakable malted flavor.

Our Opinion of This Cocktail Recipe: Our opinions of this one were fairly similar, with both of us enjoying and respecting the recipe for what it is, but neither of us expect to crave it again, mostly because heated egg and beer is somewhat of a lukewarm concept for us.

Alex’s Take: ⭐⭐⭐
“I wasn’t originally as taken on this recipe as I thought I may have been, and I think that’s mostly due to the amount of lemon juice the author included. The original called for two whole tablespoons, which made it a bit too sour or at the very least was too present in the final product since a typical flip doesn’t include any citrus at all. Dialing it back was the right call, and it created a tasty and sweet yet malty and slightly spirituous warm flip that hit just the right spots for a chilly night. While I’m still not incredibly taken on the idea of hot beer and egg, I liked the cocktails well enough for what it was.”

Kendall’s Take: ⭐⭐⭐
“I was excited to try my first hot flip recipe. I’ve known about the template’s history for a while, but we had yet to try it until this cocktail landed on our calendar this fall. I’ll be honest, I found it tasty, but it wasn’t my favorite. That’s because I already don’t care much for beer cocktails though, and heating it up didn’t fix that for me. The mix of rum, citrus, and egg into the malty beverage was an interesting experience, but I don’t think I’d whip this up again… at least not until I come to enjoy ale a bit more. Granted, I’ve also recently discovered I’m likely allergic to hops, so that might never happen. If you like beer though, this is worth a try!”

This cocktail recipe was adapted from Winter Warmers: 60 Cosy Cocktails for Autumn & Winter by Jassy Davis.

Cook over medium high heat for 5-7 minutes while stirring until warmed through.

Pour into a beer mug.

Cook over medium high heat for 5-7 minutes while stirring until warmed through.

Pour into a beer mug. 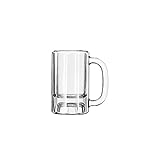 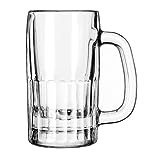 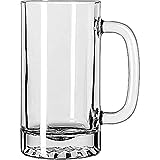 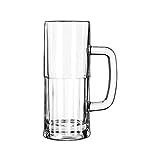 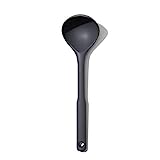 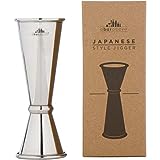 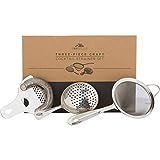 If you like this autumn cocktail recipe, here are a few others we’ve tried that are similar that you may enjoy: